What Is DSL Internet?

DSL, or Digital Subscriber Line, harnesses the copper wires of the landline telephone network to deliver internet to homes and businesses. You may remember that your old dial-up internet connection used the same wires. Unlike croaking, sluggish dial-up, DSL operates at a frequency that allows calls and data to be transmitted simultaneously and at higher speeds.

DSL connections can deliver download speeds of between 5Mbps and 100Mbps. These speeds will deteriorate over distance, however, meaning the speed you receive at home depends on your distance from your ISP’s local node.

DSL plans are slower than cable and fiber internet. But they're good entry-level internet connections--usually affordably priced and available to 90% of US households.

AT&T sells one DSL plan and then connects you to the fastest speed available in your area for the same price: anything between 10 and 100Mbps. Pricing will also vary between area but is often around $50 per month. AT&T’s DSL packages come with a roomy data allowance of 1TB a month. These plans are available to more than 120 million across 22 states, mostly in the Midwest, South, and California.

CenturyLink’s DSL covers nearly 50 million people, in dozens of US states. Like AT&T, CenturyLink sells one DSL plan and then gives you the best speed available in your area: anything from 15 to 100Mbps. All plans come with 1TB/month data allowances, which you’ll struggle to exceed.

Consolidated Communications, formerly known as Fairpoint Communications, offers DSL to around five million people, primarily in Maine, New Hampshire, and Vermont. Its plans come without data caps and with a free WiFi router.

Earthlink is the largest residential provider of DSL in the US, its services available to around 165 million people in 30 states. Its DSL connections offer download speeds of 15Mbps, without data caps, for around $50 a month on a 12-month contract.

Frontier’s DSL network has a footprint encompassing around 30 million people, primarily in the Midwest and in large cities elsewhere. It has a hearty menu of DSL plans, with download speeds ranging from 6 to 115Mbps, all without data limits. Its DSL plans are contract-free, giving you the flexibility to leave at any time. You may not want to, however: you can lock in prices with Frontier for two years.

Sonic rents access to AT&T’s DSL lines to offer internet to around 3 million people in California. Sonic charges a flat rate for its services but if you’re in a DSL area, speeds top out at 40Mbps. All plans come without data limits and are taken out on contracts lasting 12 months.

Verizon’s DSL is available to around 50 million people in 10 states on the Eastern Seaboard, from Massachusetts to Virginia. Its DSL plans are fairly slow, with speeds of just 3 or 15Mbps, but will be suitable mostly for casual internet users. All plans come without data caps.

Windstream specializes in serving rural communities and its DSL reaches around 13 million people, primarily in the Eastern half of the country. Its DSL comes with speeds of up to 100Mbps, but if you live very remotely, the speeds you'll actually receive might be significantly slower.

How To Get the Best DSL Internet Deals

To find the best DSL internet deal for your household, you’ll want to compare as many plans from as many providers as possible. That way you can find a package that fits you best, with the most speed, best bundling options, and most generous data allowances, at the best price. 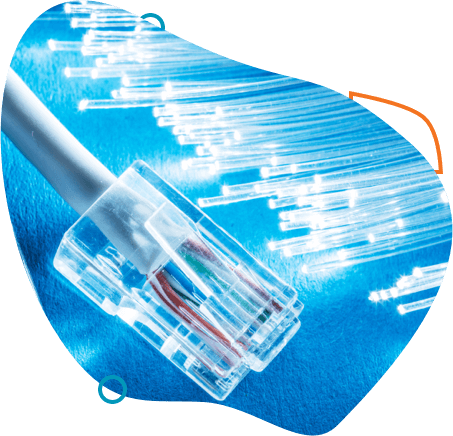 In general, DSL internet is slower than fiber, but much more affordable. Additionally, with DSL, you might not get that advertised download speed at home, since speeds degrade over distance when using copper cables. Fiber plans don’t suffer the same loss of speed (called attenuation).

While fiber is often seen as the gold standard of home internet, it can be much more expensive per month than DSL. And it isn’t available to everyone: while 90% of households have access to a DSL connection, just a quarter of US households can receive fiber. Moreover, fiber will often be excessive to many households’ needs, especially if you’re just a casual internet user.

Cable plans deliver speeds of up to 500Mbps, making them potentially much faster than DSL. But many cable connections are slower, comparable to faster DSL packages, and priced similarly. Cable also suffers some of the same drawbacks as DSL does, including attenuation and network traffic slowing speeds.

Cable is available as widely as DSL (89% of households vs 90%), so if you have a DSL option, you'll generally have a cable one too. 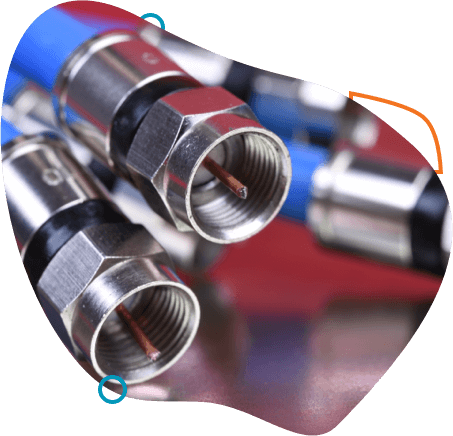 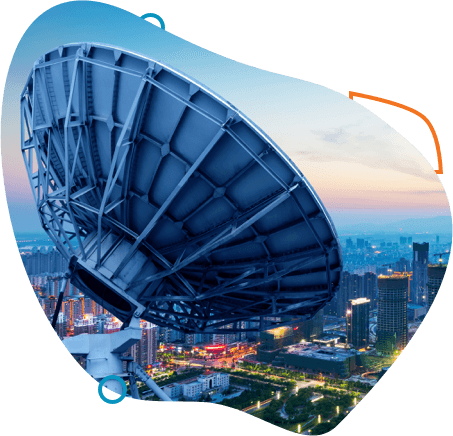 Many rural households with limited internet options will face a choice between DSL and satellite internet. While satellite internet used to deliver nearly glacial speeds, comparable to dial-up, new technology means the best satellite packages today can easily compete with DSL, offering speeds of 50Mbps or even 100Mbps.

Satellite plans tend to be constrained by strict data allowances, usually of 100GB a month, while DSL plans are unlimited or much more generous. Satellite is also less reliable, more likely to go down during a storm, and comes with high upfront installation costs. But for the 10% of households off the DSL network, satellite may be the only option.

If you frequently upload data to servers, for instance, if you work from home, or if you game online, you might find the upload speeds with DSL too restrictive and may want to investigate an internet technology with faster upload speeds, such as symmetric fiber.

The speeds that DSL connections deliver deteriorate over distance, so homes particularly far from their ISP’s local node will often see their speeds fall far below what was advertised. Some ISPs account for your location when giving you estimates of the speed you can expect.

If DSL is unworkably slow at your property, you have several options. You can sign up for a fiber plan if your household is connected to the fiber network. Fiber connections don’t lose speed over distance. However they are only available to a quarter of US homes, and rural areas are particularly badly served. Alternatively, you can use a faster cable connection: while cable also suffers from line attenuation, it can deliver speeds of up to 500Mbps, so you’ll have more speed remaining by the time the signal reaches your house. Finally, you can use satellite internet. More advanced satellite systems can deliver speeds comparable to DSL—no matter how far away you are from town.

There are 14 different types of DSL technology. But the types you'll need to pay attention to are ADSL and VDSL. You may see these terms in marketing materials for your internet plan.

The main difference between the two is speed. ADSL connections are slower, with ADSL2+ delivering theoretical maximum download speeds of 24Mbps and upload speeds of 3Mbps—although real-world results are usually slower. VDSL connections can deliver speeds many times faster: 300Mbps downstream and 100Mbps upstream, although, similarly, real-world conditions and distance erode these in application.